Posted by bigredbarn on March 2, 2016 in News | Comments Off on North Galway Vintage & Heritage Club Moylough 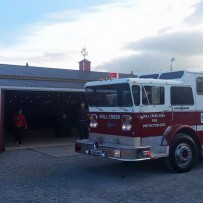 I would like to thank all of you vintage and heritage enthusiastic, and friends and colleagues from all over the country and far afield. for your loyal support in 2015. and look forward to seeing you in 2016

This was our third year running and as they say it could only get bigger and better. So as to give you an inside to what we did this year

We had for the first time in Moylough The big red barn with bagatelle, There final year tour. It was a amazing event. A local group called d-day played as support band followed by disco The place was rocking until the early hours of the morning.

Again this year the weather came good which made for a great day.

The people came from far and wide in great numbers,The show itself had many attractions including vintage and heritage displays,Working field,Trashing of oats the old style way, All types of vintage and classic and machinery pre 1985, there was a fabulous display of model die-cast,indoor and outdoor crafts and stalls.We also had for the first time in moylough a falconary display which had great interest by both young and old, In the  big red barn we had a artisan food fair and trade stands,again this went down very well with all the lady’s. Jason Travers and his band provided with top entertainment There was a children’s play area on site with many attractions  ran by the local national school This is a great success each year and in turn it helps to support the running costs of the school. A big thank you to all.

Finally I would just like to say mark your diary and don’t forget may 21 AND 22may 2016,the village of Moylough co galway the place to be